CATBEAR is Zoe (she/her) and Sarah (she/her), two best buds who like hanging out making nostalgic electronic alt pop music, wishing they were living in the future where everyone rides a fluorescent hoverboard and neon spokey dokeys are still cool. 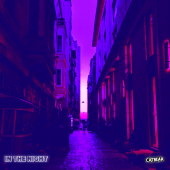 Update Required To play the media you will need to either update your browser to a recent version or update your Flash plugin.

“This song is about those times I’m lying in bed, can’t sleep and all I think about are the memories that are best staying lost – obsessing over what might happen, anxiously visualising how things could turn out as the late night hours tick past. Insomnia sucks!”

Always fiercely independent, CATBEAR began life in the 2010s as indie post-punk grrl trio Cat Bear Tree, sharing the stages with Nova Twins, Skinny Girl Diet and the Tuts as they blazed a trail through the London live scene. Their captivating three-part harmonies juxtaposed with shouty gang vocals sat atop fuzzy guitars. They loved being part of the DIY music community and released 2 EPs as a trio. During some time apart Zoe had been starting to produce her own solo releases and when Sarah and Zoe got back together as a duo, a new 80s-influenced sound emerged and CATBEAR was born. 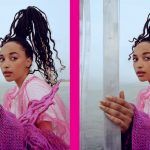 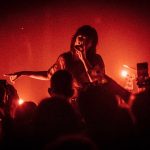 GET TO KNOW: UPSAHL LIVEGet to Know, HEY GIRL Radio